What started out as a simple sore throat turned out to be one of the worst experiences of being sick. Ever. Cabin fever lingers as the urge to nom down something other than wonton soup from my favorite Chinese restaurant Skydragon and soft bean burritos from guess where, Taco Bell. Through this trying time, I have discovered that I am a miserable human being when I am sick and all others around me suffer a little less than the hell I think I am going through. I didn’t want to even be acknowledged, looked at, or spoken to.

I’ve been cooped up in my little 1100sqft home for nearly a week and am almost batty, like the one from Ferngully, if you’ve ever had a childhood. Thankfully lemongrass and lavender are keeping me slightly sane. This post is mainly going to describe what I endured over the past week and what I’ve done to combat my viral friend, without using antibiotics(except for my eyes, you'll read why) and what you can use for alternatives in case you don’t have the same insurance benefits that I have. I have to note, I am not your physician, this is just an article of what worked for me, even though it’s taken a lot longer to recoup. Without further ado, let’s move on to my symptoms. They’re even highlighted if you hate reading. There, I did the work for you!

My Dad drove me around to gather last remaining Christmas Presents since we were doing it a bit earlier over my Mom’s house that evening. Towards the end of the night I had to leave my Mother’s because I couldn’t tell if I needed to sleep or throw up more. Regardless, it was time to get out. Before I left, I checked my temperature and it was a solid 97.9F.

Day 3 CHRISTMAS: I woke up late in the morning. Felt pretty good since I no longer had any of the other crazy symptoms except for the sore throat and hulk mucus. Unwrapped a couple extra gifts with the family and then hung out. I may have been yelled at by a friend because I decided then would be great time to move 7 cinder blocks to the front yard for my ongoing windowsill project.

Day 4: Coughing.
I finally made myself go to the clinic for what I thought I was going to receive, antibiotics. Instead, I was told I needed Chloraseptic throat spray, Claritin D (Which I was allergic to) and Flonase. I continued to self-medicate with Nyquil Severe and Delsym instead. This includes (Acetaminophen, Phenylephrine, Doxylamine, Dextromethorphan) – basically Tylenol, Sudafed, and Delsym. I also at the time said to hell with Flonase. “I ain’t got time for that” is pretty much what happened.
That night my dreams brought me to some weird place and apparently, I was supposed to be taking a math test in a really loud classroom, but the teacher ended up giving me a French test. The frustration in the dream came when the teacher refused to listen to my problem. I just woke up after that.

Day 5: Symptoms remained the same. Coughing, sneezing, sore throat, bright green mucus.
While trying to stretch after waking up rough, I somehow pinched a nerve from my neck to my shoulder.
I figured since I wasn’t really feeling much progress, I’ll go to the store and buy just regular Claritin – without sulfates. I only took one on top of my Nyquil and Delsym. The internet stated that they don’t really have any contraindications with each other, but something went terribly wrong after I fell asleep.

Day 6: I woke up in horror around 4am. My eyes were goopy, sealed shut, and had crust around them. I woke up with pink eye in BOTH eyes! BOTH! I’ve never had it in my life until that morning. While I don’t think it was my new med combo I put together, I went back to the clinic to get a second opinion. After this visit, I had consulted with 3 physicians that all said this is a viral illness, not bacterial. I’m repeating this, because it’s very important to know the difference between viral and bacterial. Antibiotics will not treat viral illnesses. After researching the internet, it does turn out that conjunctivitis (pink eye) can be caused by viruses.

I was given Tobramycin Ophthalmic Solution as eye drops for the conjunctivitis. Two drops in each eye every 2 hours for 2 days then four times a day for five days. It seems to be helping, however, I do have an allergy to sulfates so it kind of felt like putting soap in my eye for the first couple hours.

Side note, be your own advocate when going to the clinic. Sulfa and sulfates are not the same allergy when explaining this to healthcare personnel. They just click a box. Be sure to tell them the right allergy. I thought I was clear when I was a zombie. Guess not.

I finally mustered enough energy to go to CVS and purchase Flonase. By the end of shopping, I was so hungry, I decided I deserved Chick-Fil-A. An 8-piece chicken nugget meal with them waffle fries is what I ordered. The meal was ruined by me choking on said fry. Also side note, if you’re ever sick, salty dry things will make your coughing spasms worse. Trying not to inhale, I quickly swallowed, scratching the side of my esophagus from an unchewed hard-fried corner. Too embarrassed of my defeat to a potato, I tucked my tail between my legs and went home.


Dream: This time I was in “Washington” trolling some boy scouts and watching this sharp turn in the river suck people in and out of the rapid waters. My brother showed up and we’re both looking at kayaks disappear. I don’t really remember anything else since I didn’t write it down. None of the dreams make sense, but I’ll be adding a dream page once I start creating an image to go with them.

Day 8: Attacked in the middle of my sleep, ie Furry Cactus.. Eyes are clearing up, mucus has turned in to clear, runny with random neon green here and there, coughing spasms are still pretty bad, throat swelling has gone down except for my vocal chords. My vocal chords hurt like I have glass just hanging out and I’ve remained mute since the potato incident.

I started writing this article when I had pink eye and I'll update this article when I'm better. You’re welcome. With that being said, below you’ll be able to see photos of my miserable journey and the products I used. Bonus content! Never before seen footage of Heather. 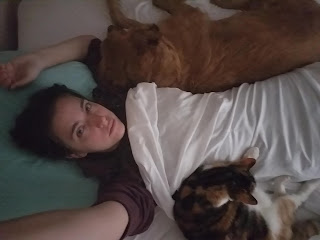 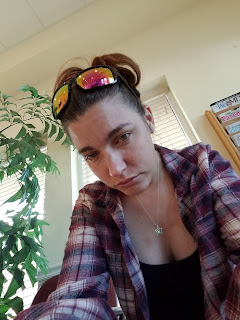 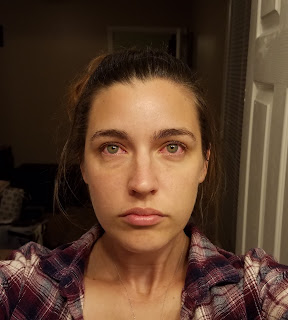 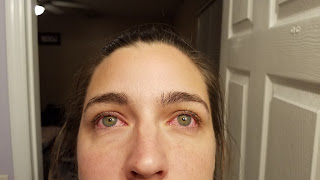 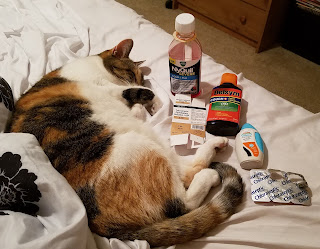 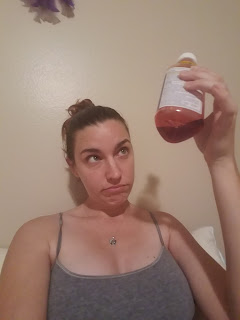 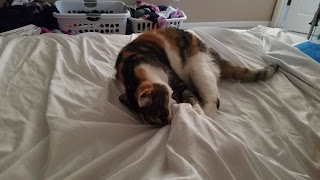 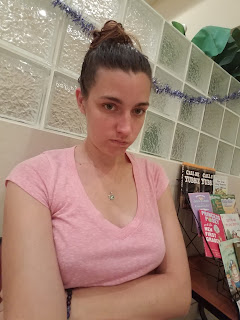 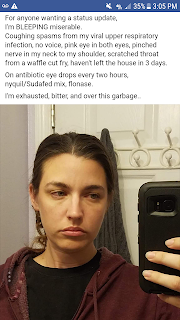 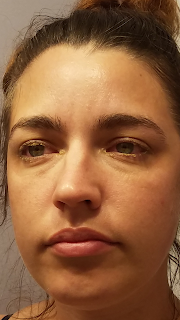