The Short: Scroll to the bottom
The Long: Start here or go to the next article...


The future of the infinity screen *inserts sarcasm* 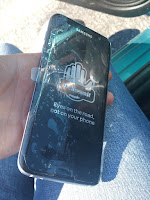 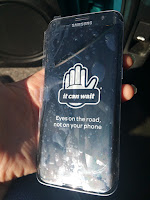 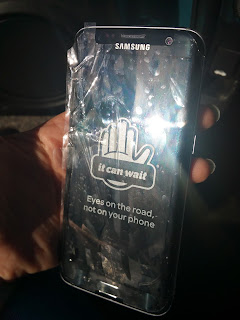 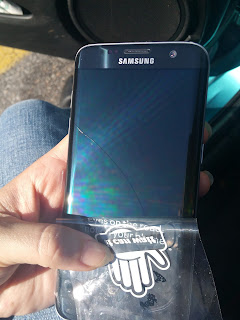 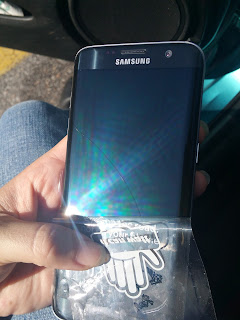 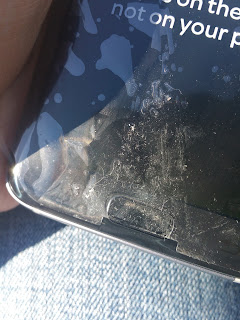 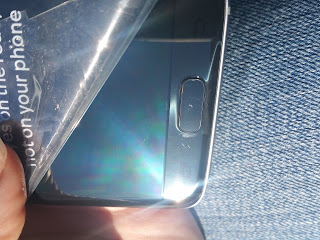 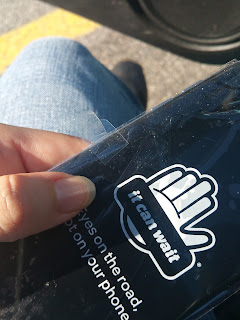 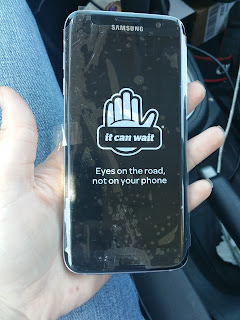 My dying phone was the best accident I've had.

For months, I assumed I had a bad battery in my Note 4. It would randomly die at 12% sometimes as high as 33%. I finally had enough when my phone would get me lost in the ghetto and turn off at the most inopportune moments, like the time I was trying to record a slug eating a banana. That's really important footage, also, don't tell me how to live my life!

Four hours later and three different stores helped determine the cause. Don't ask, but Chik-fil-A might have added on some time. The motherboard was failing, which would continuously zap the battery. My only option was to replace my precious Note 4, that gave me a little cone head with each selfie I took (I don't miss it). While there are features I absolutely loved on that phone, the one I'm writing this article with, does just as good a job for a fraction of the cost.

It wasn't an easy process handing over my lemon phone. Nothing compared to it in the current market. AT&T wasn't carrying anymore (they're currently on strike) Note products (probably due to of the fiasco with the batteries), and I wasn't about to spend $800.00 on a piece of tech that I had no interest in having. The best best option was submitting an insurance request for ~$120.00, and hoping I would get an alternative Note.

Well, I didn't. I was mailed a Galaxy S7 Edge. I thought this would be a great opportunity to see if I could adapt to the infinity screen. If I lathered my hands in astroglide and had a mason jar thrown at my head, it would have been less damage than what I was about to do to this poor, BRAND NEW, S7 Edge. I hadn't purchased a case for it yet because I didn't know what I was receiving, until I brought the box with me to work. Needless to say, my butterfingers took the phone out of the box. As soon as I turned it over, with the plastic still covering the phone mind you, the plastic sticky tab stuck to my finger and went tumbling to the ground. I figured this would be a good opportunity since I've dropped my phone from scaffolding, what's 2 1/2 feet with linoleum floor going to do? Apparently put a giant crack in the so called gorilla glass. Fuming angry, I grab everything and put it back in the box called for another phone to be mailed to me.

I was told I would be receiving another S7 Edge, blue. To my surprise, I received a black, S7. I thought I was downgraded to a lesser phone until I had a Viking ceremony for my Note 4. Turns out, I'm a fan!

Don't get me wrong, I miss my stylus, especially for cold weather and drawing, but if the Note 8 or the next phone with a stylus includes an infinity screen, I'm out. I'll be sticking with the S7, or converting to Apple (probably not). Just a side note, while on the phone with AT&T's customer service, the representative even agreed that these phones today, are built to last two years. So expect your tech to have failures!

With all that being said, I'm planning ahead for the next lemon phone, but very happy with my Samsung Galaxy S7. Ultimately, without the stylus and a screen size that can fit in your pocket, all a Note 4 really is, is an S7.

The Short: If your phone takes a crap, buy a Samsung Galaxy S7, unless you're an Apple fan, then I can't help you. *whispers* "They don't even have audio ports..."

Email ThisBlogThis!Share to TwitterShare to FacebookShare to Pinterest
Labels: ALL